Boca Grande Pass is located at the south end of Gasparilla Island and the community of Boca Grande. The Pass is the deepest natural inlet on the Gulf of Mexico, reaching depths to approximately 80 feet. Tens of thousands of tarpon congregate in the area from April through August, feeding day and night, as they prepare for their offshore spawning ritual. 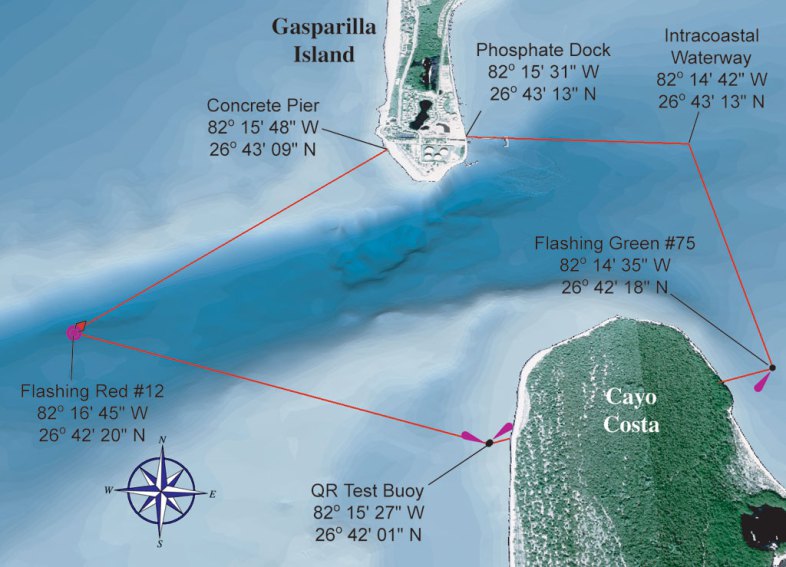 The moving tides of the Pass flush a steady food supply of shrimp, crabs and various bait fish to the tarpon. The strongest tides of the full and new moons trigger crab hatching and are known locally as “Hill Tides”. This conveyor belt of easy available food has kept the tarpon coming back each spring and summer for generations.

Early in the season, day or night, shrimp account for a great number of tarpon caught and released in the pass. People are often surprised that a fish as large as a tarpon is caught with such a small bait. But, like a movie patron munching on popcorn, tarpon love shrimp. When the shrimp are running through the pass, tarpon will key on them and often reject other baits.

Most often shrimp are fished without weight to catch tarpon that are suspended off the bottom, nose into the tide, and casually picking off the tasty little critters as they sweep by. Shrimp that are fished too closely to the bottom are usually taken quickly by the many snapper and grouper that live below.

Since most anglers use a large 5/0 hook, it’s best to hook them from underneath their “chin” and through the horn on top. This will allow the hook to act as a keel and keep the shrimp swimming naturally. Make sure the hook penetrates forward of the dark spot (brain) to keep the shrimp lively.

All things considered, crabs are probably the #1 bait for tarpon in the pass. During the season, great numbers of crabs are flushed in and out of Charlotte Harbor and the tarpon are happy to take advantage of this buffet line. There are basically three types of crabs that are found in the pass: the blue crab and two types of commonly called “pass crabs,” the brown crab and the purple legged crab. During the spring tides around the new and full moons, known as Hill tides to the locals, crabs follow the strong outgoing tides on a ride to the gulf and are easily picked off by the tarpon.

These crabs can be anywhere throughout the water column, and anglers can fish them with or without weight on the fast tides. A popular technique is to float a blue crab or a freshly dipped brown crab under a cork to catch the tarpon that are near the surface. Purple legged crabs are a little more delicate than the other two and are a favorite fly lined (no weight) during the early morning slack tides.

At night is where a crab really shines. Most guides fish them with just enough weight to allow their drift to match the speed of the current. Hook them on the point of the shell from the underside and be sure to remove the claws so that they will not grab the line and spin as they drift. Experiment by keeping them at different depths until the most productive zone is found.

When the tarpon are relating to the bottom of the pass during the day, the squirrel fish is often the best bait to use.

These little baitfish are caught on hook and line on sandy bottoms offshore and are prized by guides for their toughness and ability to generate a strike when nothing else seems to work. There are two methods of presentation that are popular among the local guides. “Bombing” a squirrel fish is a technique used with a heavy weight to keep the bait near the bottom of the deepest areas of the pass. “Dragging” a squirrel fish is usually applied when the tarpon are on the “Hill” or out on the “Pan.” These areas of the pass are shallower and the baits are slightly pulled with the current using little or no weight. Hook them lightly just forward of the dorsal fin.

Threadfin herring, pilchards, pinfish, grunts, and mutton minnows are among other baits that will also catch tarpon in the pass.

Mutton minnows are a popular bait when fly lining during the day on the slow or slack tides while pinfish and grunts are often the best baits to use late in the season as the water temperatures are at their height for the year.

Threadfins and pilchards (whitebait) are often used while sight casting to pods of tarpon coming and going from the pass.

Local guides have spent years learning and controlling the drift rate of their boats in all conditions. They know how the various stages of the tides and wind direction will effect the presentation of these baits in the pass. Give us a call and learn firsthand the subtle differences in technique that each guide uses for these baits to catch the Silver King.

Fishing in the Pass: Are you up for it?

In every sport there seems to be a playing field that defines the essence of that sport.

A place where the mere mention of the name can bring back special memories among fans.

Golf has the Augusta National course, where Jack Nicklaus once made a comeback rally at the Masters that is still recognized as the sport’s greatest moment.

Baseball has Yankee Stadium, where among many other great moments, in 1956 Don Larson pitched the only perfect game in World Series history.

Then there’s Green Bay’s Lambeau field. Can’t you see the breath of the players as the Cowboys battled the Packers in the Ice Bowl when you hear that name?

Well, in the sport of tarpon fishing, there is only one place like that, and that is Boca Grande Pass. 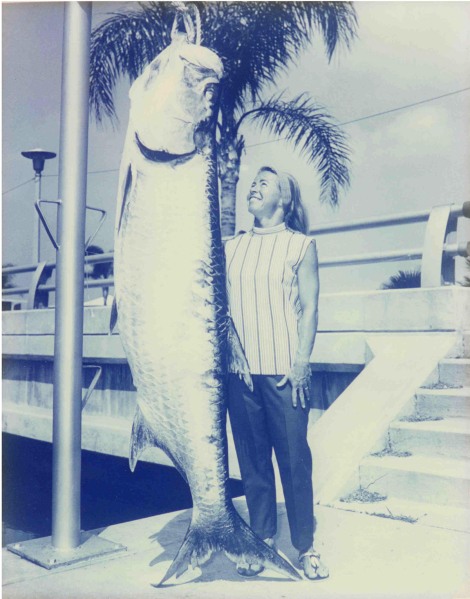 Unfortunately, tarpon fishing is usually not a spectator sport. Most great moments in the Pass were seen only by those few who happened to be on board at the time. Maybe it was the young girl taking on her first 100-pound tarpon, or the father and son doing battle with a double header.

However, there are a couple of snapshots in time that many still remember.

One of the most memorable moments in Pass history occurred in 1987 when Capt. Bo Smith put on a clinic with his team of women which became known as “Bo’s Bunny’s.”

They went on to post 13 releases and dominate the best tarpon fishermen in the world over the two days of the old Boca Grande Club Invitational Tarpon Tournament.

Bo was a master of finesse. Mainly using a technique of fly-lining mutton minnows, a bait presentation that requires tremendous boat control and a sensitive understanding of the effects of the tide and wind, he and his team simply outfished everyone in the event. Many local captains will tell you it was a tournament performance that is unmatched to this day.

In 1991, there was another memorable tournament performance set when a young Capt. Jay Joiner won “The World’s Richest Tarpon Tournament” back to back as captain of Buzz Watkin’s Sabalo.

Those who were there can still recall a strong afternoon outgoing tide taking the Sabalo over the offshore ledge just as the winning fish threatened to cut his line on that ledge by diving back into the hole.

Knowing his angles and making the split second decision necessary to save that catch, Capt. Jay spun the Sabalo 180 degrees in a puff of diesel smoke and raced back up tide, through a crowd of other boats, and expertly brought the tarpon back under control to seal the win.

Many old timers marveled at a 20-something kid, in control of a very expensive boat, confidently taking charge of such a difficult and pressure packed situation.

Like other great fields of play in sports, Boca Grande Pass has proven to be a very special place. Day in and day out individuals meet their own challenges in competition between man and tarpon.

Are you up for it? There are other great moments in Pass fishing out there just waiting to happen.

The geography of the Pass is broken down into to several key areas by local fishermen.

The largest hole with the deepest water, centrally located in the Pass. Often spoken of simply as, “the hole”.

A smaller deep hole closest to the beach and the lighthouse. Was named after an old Coast Guard station that once stood beside the lighthouse and no longer exist.

The area east of the old phosphate dock.

The large flat area west of the offshore ledge of the Lighthouse Hole.

The shifting sand bars to the south of the Pass, or the northwest end of Cayo Costa island.

The Pass is also home to great Mangrove Snapper fishing in late summer, and in season, some monster King Mackerel. The old phosphate dock at the east entrance of the Pass can hold Goliath Grouper over 300 pounds, along with big Redfish and Snook.

Scroll back to top